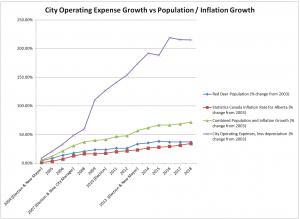 While there has been improvement over the last couple of years by our current City Council, there continues to be room for great improvement as our City continues to have several millions in structural inefficiencies borne by Red Deer taxpayers on an annual basis.